Hello, How I Got Here And Thank You 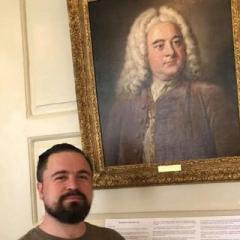 By William Parker,
April 9, 2009 in Introductions and Personal Notes