Shaking the doubt of my judgement 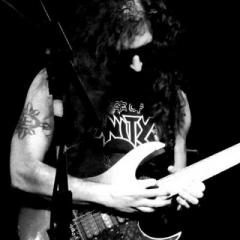 By BlackInMind,
May 21, 2009 in Psychology and Self Improvement