Humor: why do we find something funny? 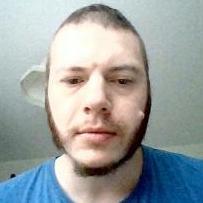 By iouswuoibev,
March 1, 2006 in Recreation and The Good Life