A Letter to Readers 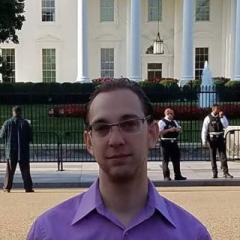 By Sean O'Connor,
January 3, 2013 in Introductions and Personal Notes