Various Thoughts on The Fountainhead and Atlas Shrugged from a 2013 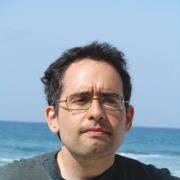