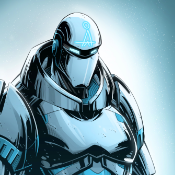 I admire your "glass half full" attitude.  It would be fun to have my few Objectivist friends live in the same city as I do. However, we each have our own jobs and established lives, and it reall

Having recently discovered the Playboy Interview with Ayn Rand, the schisms have some light shed on them in this extracted Q/A: PB: Can’t Objectivism, then, be called a dogma? AR: No. A dogma i