The Wind Rises IS an Objectivist movie to the core. 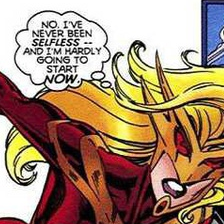 By Lawrence Edward Richard,
May 1, 2020 in Movies, Shows, and Theatre