The Presuppositionalist Argument for the Axioms of Objectivism 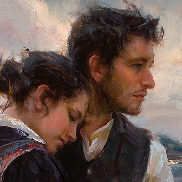 By intrinsicist,
November 11, 2020 in Metaphysics and Epistemology